Ok, there’s a bit of a story behind this, over the past few years I’ve been a bit of a wide angle addict but recently needed to produce some more ‘correct’ images i.e. buildings with straight vertical lines. So, using my trusty 14-24mm I found myself feeling rather uninspired by the results and thoughts quickly turned towards a desire for a 24mm tilt-shift. At roughly the same time there was also a food photo assignment which got me considering all the benefits in the studio of having an 85mm tilt-shift to hand but these two beauties are not cheap and so the mind wondered about other solutions.

I’ve known of the concept of bolting a dSLR on the back of a 4×5 system for a while but only really considered it in terms of replacing a polaroid, although, not being a large format guy I would just look on with envy at the movements but appreciate the convenience of a digital 35mm system (don’t get me wrong, I love film, just can’t justify losing a day at a time to develop-scan-refine to be at the same point as when I upload digital raw files). There is also a very nice Mamiya RB67 setup that I have that never gets used, so in the mixing pot of the mind the elements came together and ‘The Contraption’ idea was born

After more thought and a healthy amount of googling I found that there were are few out there that had done similar things (Alex Koloskov being a strong point of reference), with plans in my head, some knowledge of engineering and a large dose of ignorance, I was sure it would work 😉 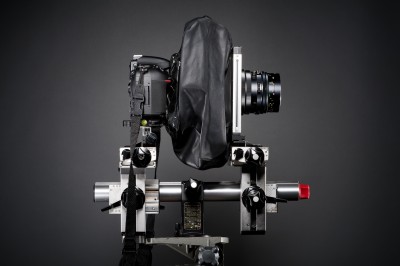 Firstly I needed a monorail camera and managed to get a very nice Sinar P from the usual online auction site, this came with 4 lenses and some other goodies, oh how tempted I was to leave it untouched and just enjoy it as intended. Right, to work, task one was to mount the D800e on the rear assembly; this was done by removing the rear standard and disassembling the mount from the frame (also took the opportunity to replace the front standard with the better condition frame from the rear standard). Using some aluminium square section I drilled and tapped (M4) 4 holes as per the removed frame such that the section could fastened to the rear standard mount, also in the section I drilled an 6.5mm hole so I could pass through a 1/4″ BSW machine bolt (oh, and a 10mm hole on the other side of the section to allow for the head of the bolt), the bolt is then fastened into a Manfrotto 394 Plate Adapter (using a 3/8″ – 1/4″ thread adapter) 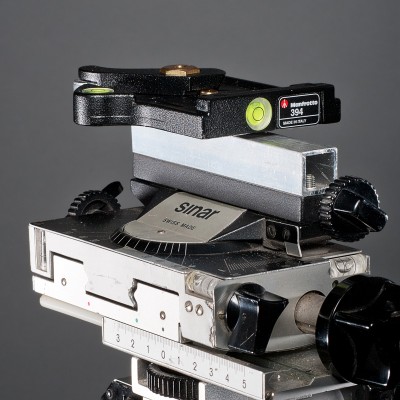 Having read somewhere on the internet (so I know it must be true) that large format lenses are really not that great and the large format folk more than make up for this shortcoming with huge details filled negatives, something about the fact that medium format and 35mm are hard fixed boxes so tolerances and calibration are tight but the move-around nature of large format make such things less critical – dunno but I want to use my Mamiya glass anyway 🙂

A Mamiya extension donated it’s mount to the project, the only lens boards that came with the Sinar has holes in them that were too large for the Mamiya mount (apart from a recessed board that might well be used in the future), to resolve this a spare barn door was sacrificed, this was cut down, marked, drilled and tapped (M2.5) to suit the mount and the lens board (which was also drilled to allow it to be bolted to the ex-barn door). As this was all done by hand I didn’t have the means to cleanly machine the large hole, please excuse the rather messy hand file finish 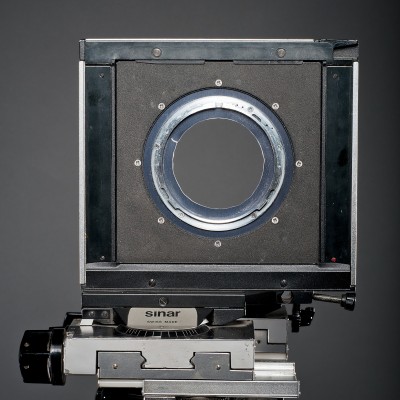 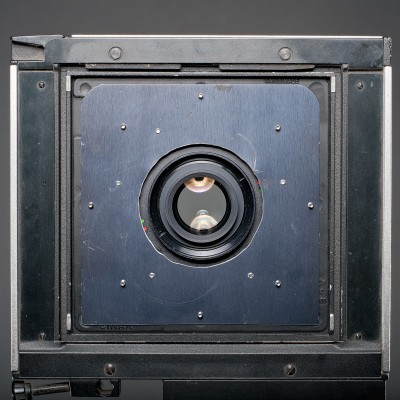 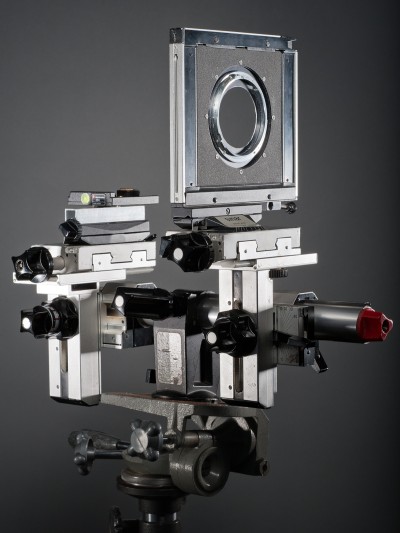 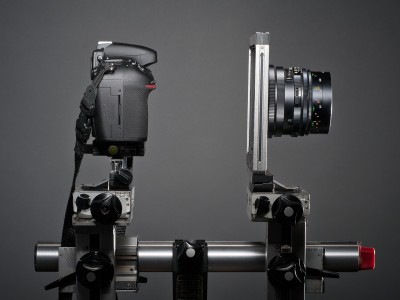 This only leaves the bellows, here I need to be honest and admit that I’ve not done them as yet, the intention is to use some neoprene that I have along with a couple of bits from an old extension tube. What we have here is the current temporary solution that consists of nothing more that a T2 – Nikon adapter and a quantity of gaffer tape 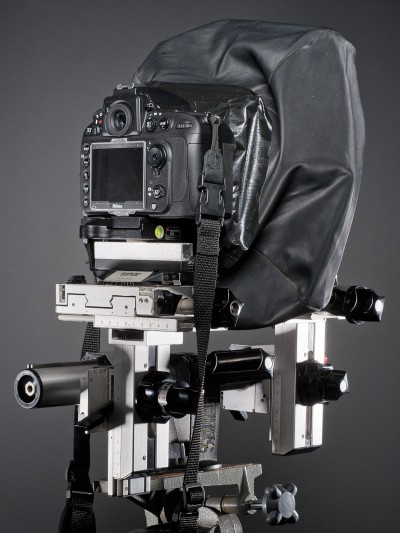 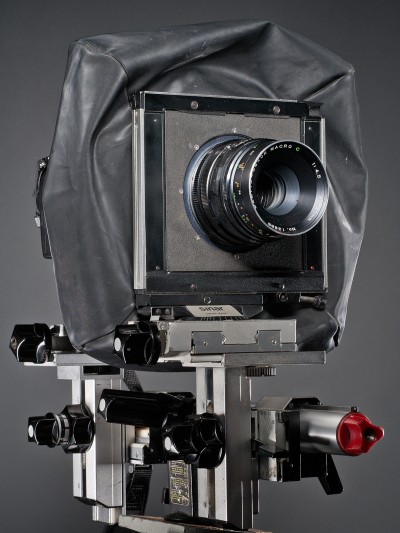 That’s about it, just need to get on with taking some pictures with it!

This site uses Akismet to reduce spam. Learn how your comment data is processed.